“Give a man a duck, feed him for a day. Teach a man to hunt and you will feed his
passion for a lifetime.”- Dan Mikals 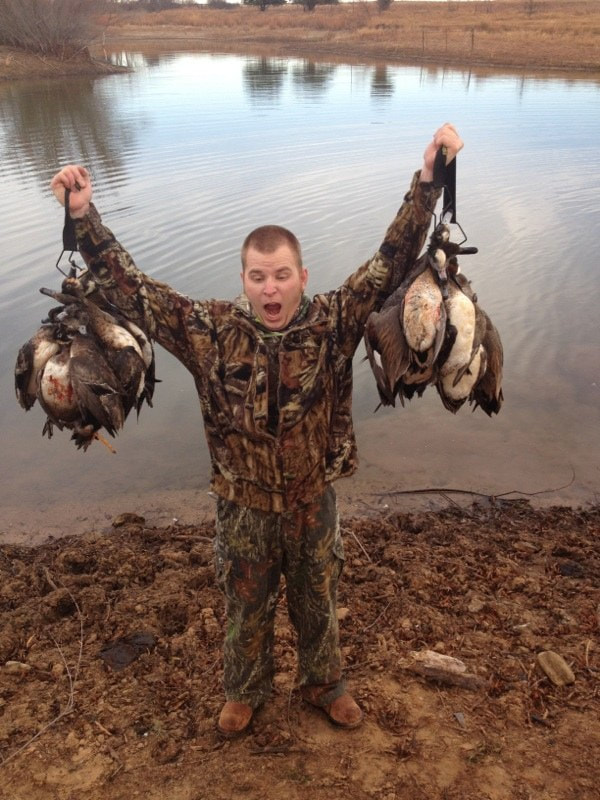 The ultimate resource for improving your duck hunting success!

What you are holding in your hands or viewing on your screen is more than a book.  There are no long-winded theories or fluff contained within.  It’s 100% pure, meaty content filled with exact, step-by-step instructions on how to immediately improve your duck hunting success the very next time you take to the field.

In fact, everything you will read from this point on comes from proven strategies and tactics that have been continuously tested and improved upon over the last 30 years. I’ve not only used them in my business but have taught scores of others how to do the same.

When you have a true passion and your business is built around that “fire in your belly,” you can’t help but succeed.  When others get frustrated and want to give up and sell their equipment, you will continue to test out another theory, put another tactic into practice and refine the solid foundations of skills you now have at your disposal.  Success is imminent.

Duck Hunting Success Simplified is your road map to success.

Read it.  Absorb it.  Share it with a youngster.  But most importantly, utilize this new found knowledge and experience success where others continually fail.


This book is dedicated to my best friend in college, Mark “Hose-Head” Johnston.
Thanks for introducing me to the wonderful world of wing shooting.

About the Author
Looking back at my life it becomes increasingly more apparent that God had his hand on me from the beginning.  I guess a more accurate visual would be one of him firmly gripping me by the scruff of my neck with both of his hands desperately keeping me from an early demise brought on by my continued foolhardiness.

From a very young age I have always had a passion for anything that had to do with the outdoors.  I can precisely trace the beginnings of my adventurous spirit back to the summer between 3rd and 4th grade.  My mom would drop me off at a local lake on her way to work and I was meagerly armed with a fishing pole, tackle box, a can or two of soda pop, tin foil, pocket knife and matches.  That was it.  No cell phones, MP3 or GPS like today’s youth have access to,  and I would not even think of buying live bait.  I would be roughing it by gosh.  If the fish would not bite my artificial lures…. well then crap.  Worst case I would have to lower myself and catch grasshoppers and crickets to use as bait.

From 7:30am to 5:30pm I would be fending for myself and would have to catch lunch in order to eat.  I was on my own personal "vision quest" of sorts (great movie btw) and I absolutely loved it!  Heck, I can remember a couple of my friends even agreeing to come more than once because we had so much fun exploring, fishing and surviving in the wild.  I was a real Bear Grylls junior in the making if you will minus the drinking of my pee.

Winters were spent ice fishing, sledding local hills or, when we were lucky enough to get hit by a blizzard, we would build our own sledding runs off of our garage, through a hand packed and then watered ice tunnel, careen off the neighbors house, ricochet back off of ours and be catapulted down the driveway over a ramp and into the street.  It was a true miracle that any of us survived.
​Our preferred mode of transportation in the winter was what we liked to call “bumper hitching.”  Just as the name implies the idea was to stand at an intersection and wait for a car to come to a stop, quickly duck to the rear without being noticed, squat down in an Olympic down hill racer position, grab the bumper as they pulled away and slide on the snow packed streets all the way to your destination hoping the entire time that you did not hit a dry patch of street.  It happened occasionally and usually resulted in scrapped hands and knees along with hurt pride, but it was a risk we were willing to take. Oh, the ignorance of youth.

I can fondly remember the many afternoons spent on a frozen pond breaking the ice.  That’s right, we would walk out till the ice began to break, back up a step or two and proceed to stand on the edge and keep stomping the ice with our feet till we broke through.  Step back and repeat.  No rhyme or reason or real purpose. We just enjoyed destroying it and seeing how close we could get to falling in.  My poor mother…
​This type of behavior went on continually through high school.  If it had to do with the outdoors, I was doing it.  Luckily I managed go to college on a basketball scholarship and moved from Ohio to Texas sight unseen.  Talk about culture shock.  I still managed to find some time to fish with my coach, teammates, and classmates and basically anyone who had a car and wanted to hit a lake, stream or pond, I was all in.

And then it happened.  Fall came and my best friend Mark, a basketball teammate of mine from Oregon, asked if there was any dove hunting around.  I had no idea first of all that there was a season to hunt dove as I had never hunted with anything other than a BB gun or wrist rocket up to this point.  Always up for something new I bought a license, box of shells, borrowed a gun, loaded up in a truck with some buddies and went on my first dove hunt.  Three words: it was awesome!

When I was going to college I was still in what I like to call the “pre-information age.”  There was no Internet to jump on and fire up the ol’ Google machine so I could find hundreds, if not thousands, of articles about hunting ducks.  Mobile phones were the size of large bricks and not too many people had them yet, so communicating with a buddy that was hunting elsewhere was done after the hunt.  GPS, yeah right.  None of that was available to me.  I also had no mentors since I was, for lack of a better term, a foreigner, a Yankee from Cleveland of all places, now living in Fort Worth, Texas.

I had to hone my craft by utilizing the only three resources that I had at my disposal: books from the library, magazine subscriptions and trial and error.  The books were dated and more folklorish than actual technique.  The magazines had great glossy pictures and told of wonderful hunts "after the fact," but the articles lacked the basics that I was searching for, the “how-to” aspect of duck hunting.  So I did what I could when I could by spending all my available time in the field watching, learning, listening and practicing.
​Duck Hunting Success Simplified is the end result of far too many trials and more than a few errors that could have very well cost me my life.

This project will never truly be "complete" as I continually try to learn something new every time I take to the field.  It is my pledge to candidly share my successes and my failures with no over-the-top product pitches and "upsells" for my own financial gain.  No, it is my hope that you will, at the very least, be informed and safe while pursuing your chosen passion and at the most, experience success the very next time you take to the field.  So, with that said, let’s begin.
There are essentially three types of duck hunting: jump shooting, pass shooting and hunting over decoys.

When you are attempting to jump shoot ducks you must first find them already resting or feeding on the water.  If you have access to multiple small ponds or “stock tanks” as we call em down here in Texas, you and a buddy or two may vary well be able to shoot a limit in a very short period of time.  Helps if you have a dog...

The trick is, you will have to successfully sneak within gunning range without being noticed. This aspect, if you have never tried jump shooting ducks before, is easier said than done. The difficulty of accomplishing this task increases exponentially with the number of ducks on the water.  Let me put it this way: one duck equals two eyes actively searching for danger.  20 ducks equal 40 eyes. Well, you get the picture.

Stealth is paramount to success and one false move will often cause the entire flock to head off to parts unknown without ever offering a clear shot.  Finally, if you have successfully completed the sneak and are ready to “jump” the ducks you must resist the urge to get caught up in the excitement and fire aimlessly into the flock (flock shooting) but consciously execute quality shots by lasering your focus on only one bird at a time.  This style of hunting is both exciting and challenging, with success depending on your ability to get within range and the level of your shooting skill once there.
Jump shooting is often a good way to introduce a new or young hunter to the sport because once the birds are found it is very exciting and no calling is required.  Shooting over the water also gives the beginner instant feedback as to the pattern of the gun and what amount of lead is required on each subsequent shot by observing the pellets and pattern as they hit the water.

Pass Shooting, similar to jump shooting requires you to have a general knowledge of the location and flight patterns of the ducks you are pursuing and often necessitates hours of observation to pinpoint the exact location.  These flight paths can be found as they fly between where they spend the night (the roost). Where they feed (in fields or in water) and where they loaf after feeding, (typically on water or the waters edge).  This style of hunting also requires you to be effectively concealed behind a tree or blind, in a layout blind or ghillie suit. Your success will only increase the more you are camouflaged.  The three keys to remember here are:

1.   Know where the ducks are and where they want to be.
2.   Proper camouflage or concealment. Be able to blend into your surroundings.
3.Be skillful in executing a clean shot.

Both jump shooting and pass shooting can be exciting and rewarding styles of hunting ducks.  Some purists may frown upon either of these two techniques, but I believe they are just two more tools that will enable the resourceful hunter to put more birds in the freezer.  They both have their place, but for the remainder of this book we will primarily be focusing on hunting ducks over decoys.

What follows is a framework of “basic” information...
To view more, click here to get a copy of the book for only $6.99. (Less than the cost of a box of shells but will definitely produce more ducks for you.  Yep, your buddy's told me how bad you shoot.)  Order now ---> "I want to read this book now!"